If you’ve never seen black bears playing in a park like children at daycare, you should probably book the next ticket to Luang Prabang, Laos and head 30 kilometers south to the Tat Kuang Si Rescue Center. Here, there are 23 Asiatic Black Bears rescued from illegal poaching and trading, and all of them are prospering in an environment built to keep them safe, active and happy.

The Free the Bears organization has so far rescued nearly 800 bears in India and Southeast Asia, and their organization is growing with the help of donors like you. Click here to help them out. 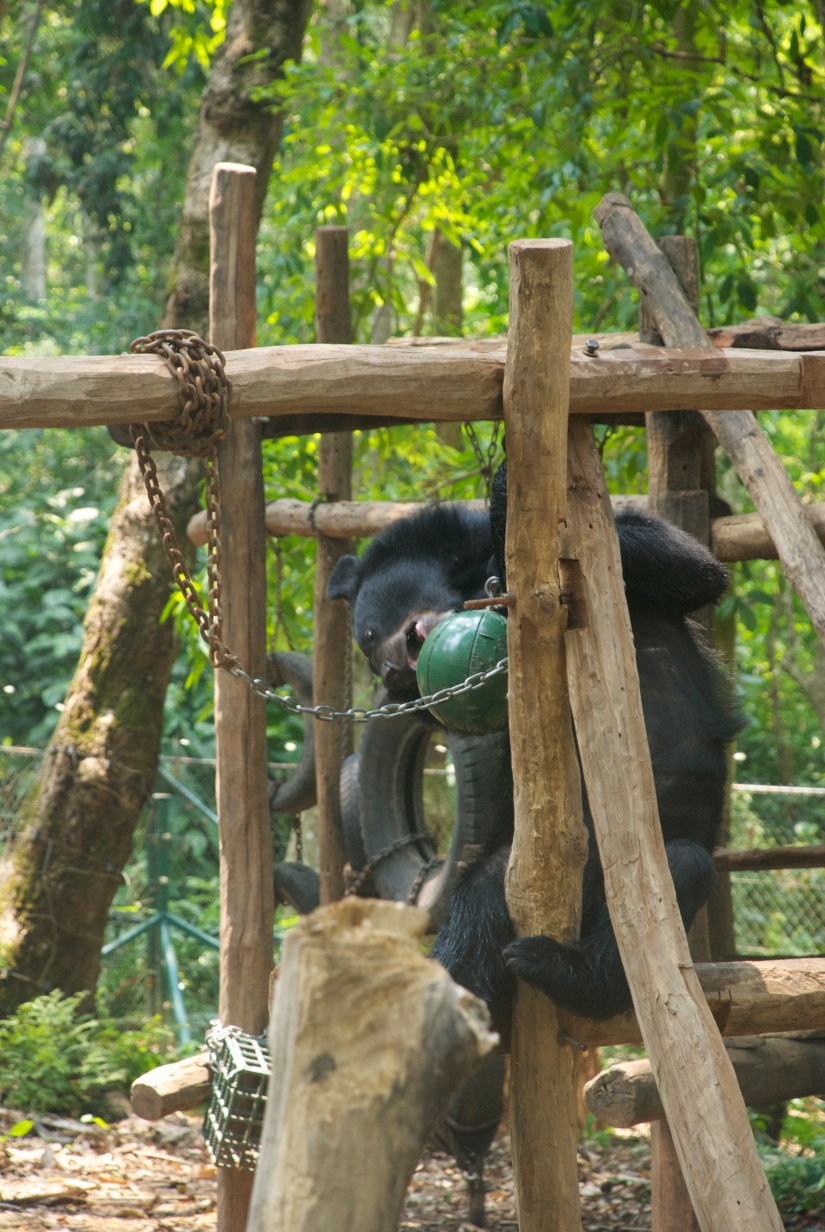 I didn’t even know the rescue center existed before I booked a taxi to Kuang Si Falls, but there it was, just inside the park entrance, like an unexpected free zoo. I wanted to crawl with them on the jungle gym and cuddle the cute little guys, but something told me they aren’t as gentle as they look, so I snapped a few pictures and went to cool off.

Even in the dry season, Kuang Si Falls are a brilliant array of nature’s most vivid colors; and a much-desired respite from the overwhelming heat and humidity.

The friends I made on the hour-long taxi journey and I weren’t sure what to expect from the falls, and so we  thought this might be the best of it… until we ventured a little higher up. It was even more enticing.

Locals were flying through the humid air like Tarzan on a rope swing, fully clothed (like in Thailand, most locals swim in their jeans and tees) and plunging into the turquoise abyss below. So of course we joined them. 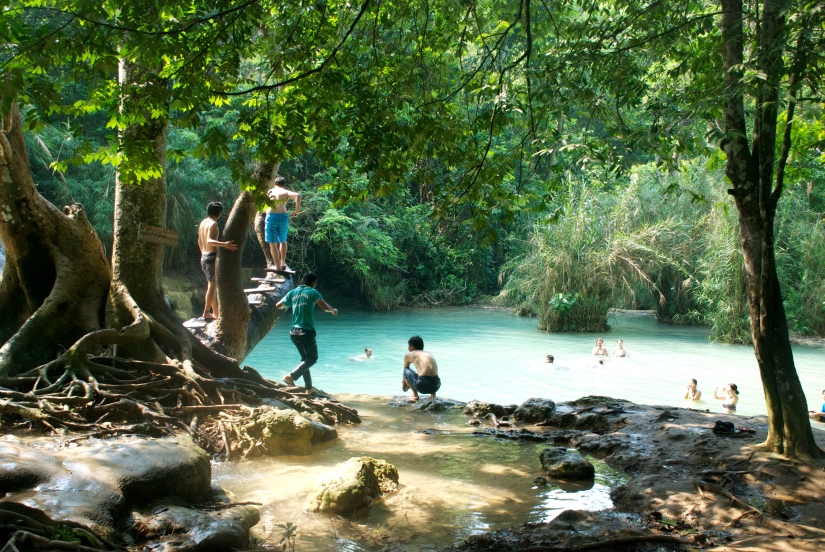 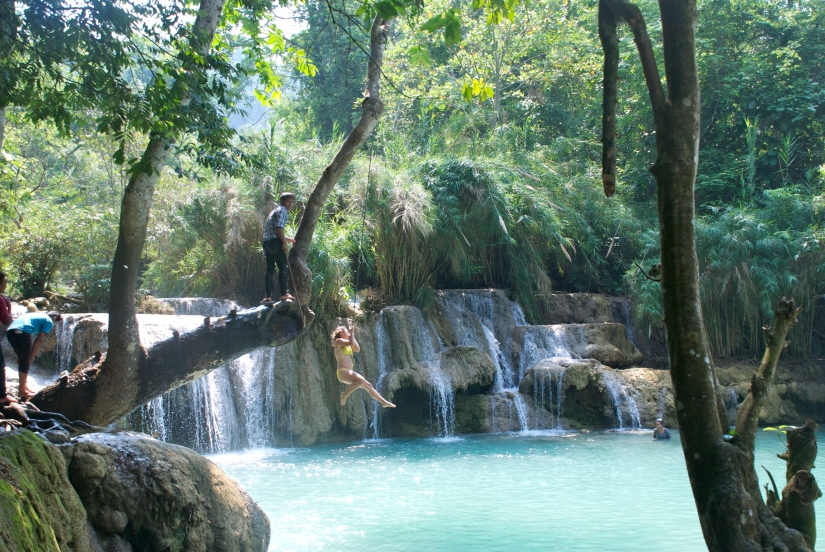 When my arms could no longer hold the rope tight enough to make the swing worth it, we ventured up even higher and discovered yet an even more stunning fall.

When we were finished with the sun and water, we bid goodbye to our new favorite spot. I was sad to leave, but walking out meant another look at my not-so-cuddly black bears, so I said goodbye to them too.

What’s the best thing you did in Laos?